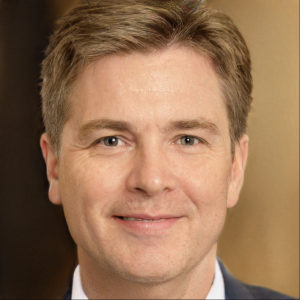 7 Places Threatened by Climate Change You Should Visit Now

We all know that the world is not the same as it used to be 100 years ago. It has changed the most and for the worst in this century. Global warming is possibly the worst of all the things happening around, and nearly every part of the world is dealing with the consequences

Adding to this list of consequences are the places which are slowly fading away due to climate change. Studies suggest that many tourist spots might get completely destroyed by the end of this century. Here is a list of places that are threatened by changing climate which you should visit as soon as you can.

The Maldives is a chain of 26 atolls located in the Indian Ocean, specifically in the Arabian Sea. It is the lowest country in the world, at just above 4ft and 11inches above sea level. Interestingly, even the highest point on The Maldives [which is roughly 5.1 meters or 17ft ] is the lowest in the world. The Maldives is also the smallest Asian country and is a prime tourist destination along with being the world’s most-dispersed sovereign city.

Due to its close proximity to the sea, it has the highest likelihood of getting swallowed by the oceans in the near future. In 2009, the government pledged to make the Maldives a carbon natural country by 2019. Due to the constant increase in sea level caused by global warming, it is predicted that the Maldives will become completely inhabitable in a few decades.

Located in the Alpine regions of Switzerland and tucked in between the Swiss portion of the Jura Mountains and the Swiss Plateau, the Swiss Alps is yet another place threatened by the ravages of climate change. The stretch of the Swiss Alps is often known as the Central Alps as it stretches to both the eastern and western Alps. The Swiss Alps also has the highest mountains in the Alps. Due to climate change and a sustained increase in temperature, the snow is constantly melting away.

Since 1980, it is assumed that the Alps has lost a length of 0.81 miles. According to the issue of Climatic Change that was published in 2016 December, the snow-covered period of the Alps has been reduced dramatically. Also, the lower elevation areas of the Alps no longer have snow like before, and the rate at which the snow melts has also increased. The higher elevation areas are still snow covered and in good shape but it’s not going to be the same for long.

The city needs no introduction. Rio is the second most populated place in Brazil and 6th in America. It is a happening scene and is always packed with tourists due to its beautiful mountains, landscapes, beaches, and sea.

According to scientists, by 2020, the temperature of the region will increase by 1-degree Celsius causing extreme weather conditions. Heat waves will become a common occurrence and health problems like cardiovascular as well as gastroenteritis and respiratory diseases along with many other infectious diseases such as dengue and leptospirosis will have its outburst.

In a few decades and most probably by the year 2080 the temperature of Rio De Janeiro will increase 3.4 degrees causing the sea level to rise to 37cm and 82 cm in the next 65 years.

In the 1800s, the region used to have 150 natural glaciers. However, now the count has come down to 37 out of which only 25 are active. This drop in number is evidence enough as to what perils we have unleashed on this Earth from the past two centuries.

The Glacier National-Park is known as the �Crown-of-the-continent eco-system’. The park stretches over an area of 1 million acres inhabiting 1000 different species of plants and hundreds of animal. It contains a large number of lakes, 700 smaller lakes and out of them, only 137 lakes have been named.

According to a study by the US Geological-Survey & the Portland State-University in 2017, the ice formations of the park is decreasing rapidly. Due to Global warming, the size of the 37 glaciers has been dramatically reduced by 85%. The high degree of glacier melting can cause extreme ecological changes in the eco-system of the park. With the global temperature increasing constantly with no slowing down or change, it is not sure for how long the park can sustain itself.

Venice, the beautiful and dreamlike city situated in the northwestern part of Italy, is prone to climate change as well.

Venice is a historical city with many of its parts listed as a UNESCO World Heritage Site.

According to a report published in Quarternary International, Venice will get submerged underwater within a century. The Meditarian sea will rise up to 140cm in the next century flooding the iconic city of Venice.

Due to greenhouse gas emission, global warming has steadily been on the increase. If no quick and extreme measures are taken to stop the global heating then the deed is confirmed to be done.

The city of Miami in South Florida is a cultural as well as financial and economic center of this place. It is also the most populated city of Florida with a population of 463347, stretched over an area of 56.6 square miles. According to a report by the Union of Concerned-Scientists, in the next 30 years, Florida will be flooded several times, especially South Florid.

The National-Oceanic and Atmospheric-Administration (NOAA) predicted in their report that by 2070, Miami will get flooded every single day. In 2017 the residents of Miami voted in favor of �Miami Forever’ bond costing $400 million out of $192 is for measures protecting the city.

It is so far evident that global warming is causing a rise in sea levels which is, therefore, has become the prime danger for the cities situated near oceans and seas.

One of which is Bali, the ultimate tourist destination. Due to over inward flow of tourist, this Indonesian city is already facing water shortage and land drying up issues. It is predicted that Bali like other beaches can get flooded due to a rise in sea levels.

These are a few very important places you must visit before they disappear for forever. But before heading there, make sure that you don’t unknowingly cause more damage to these places. Be more inclined to recycling, reusing and reducing. Use organic and nature-friendly products. And when at the destination make sure that you do no

Can't wait being a Savvy traveler? Subscribe to the newsletter

Nowadays, the world wide web allows us all access to information that once existed only for individuals. We can study and analyze information, and as

Almost every person loves to board a plane and travel to exciting new destinations. When entering the airport gates, the excitement fills us, and we